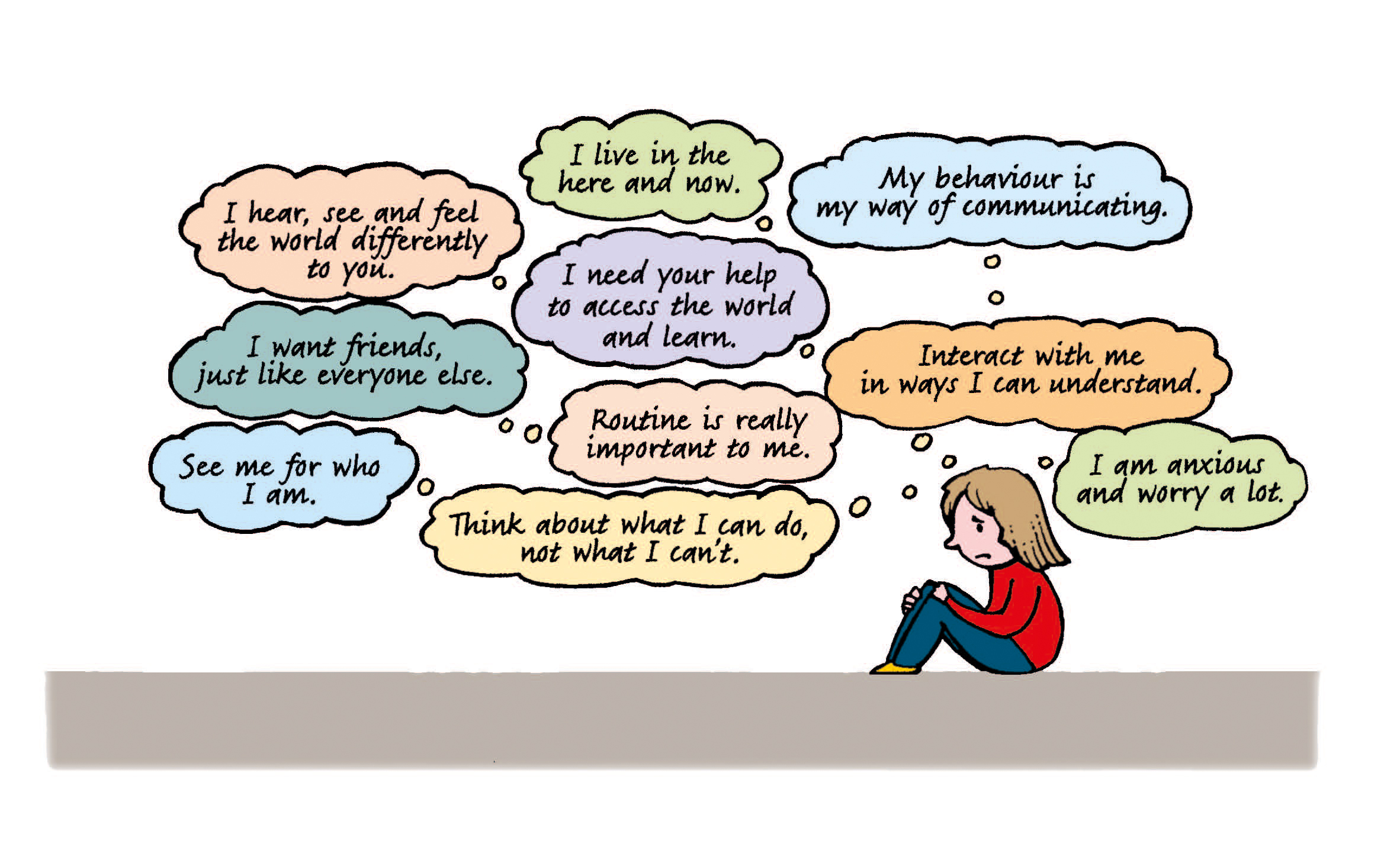 Autism spectrum disorder (ASD) is the name for a range of similar conditions, including Asperger syndrome, that affect a person’s social interaction, communication, interests and behaviour.

In children with ASD, the symptoms are present before three years of age, although a diagnosis can sometimes be made after the age of three.

It’s estimated that about one in every 100 people in the UK has ASD. More boys are diagnosed with the condition than girls.

There’s no ‘cure’ for ASD, but speech and language therapy, occupational therapy, educational support, plus a number of other interventions are available to help children and parents.

People with ASD tend to have problems with social interaction and communication.

In early infancy, some children with ASD don’t babble or use other vocal sounds. Older children have problems using non-verbal behaviours to interact with other