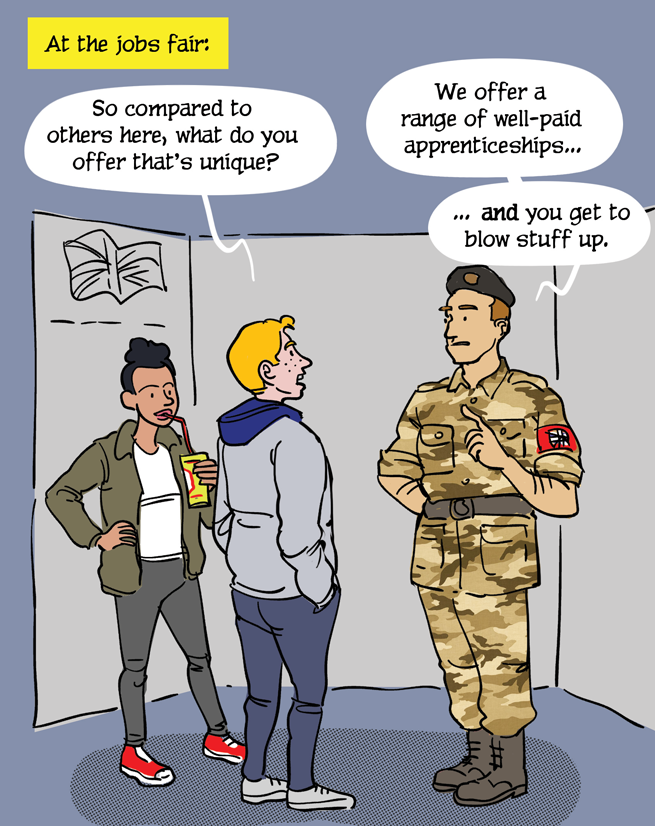 The British Army has launched the third and final instalment of its three year ‘Belonging’ campaign, designed to raise awareness and get young people to consider joining the army for the first time.

Research undertaken by Capita, whom partner with the army in their recruitment endeavours, has shown that only 7% of people know someone who is currently serving whilst a staggering 81% of people have little knowledge of the British Army and its role in society. The campaign for this year consists mainly of three different television adverts; one of a minute in length, and two more each of 30 second duration, and a series of several radio advertisements.

The theme of these are each based around what you would expect of a typical army recruitment advert: transgression and transition of recruits from their role in society based upon the army’s ability to see the best in people – typical of the advertisements seen in the last