Young People’s Trust for the Environment 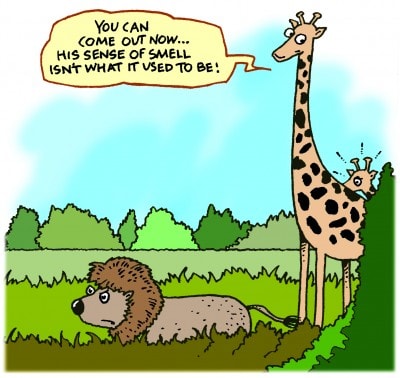 New research from the University of Bristol is calling for an urgent review into how populations of giraffes are managed in the wild when living alongside lions.

It is commonly accepted that lions are the only predators to pose a risk to giraffes on an individual basis but there has never been a study to investigate how the presence of lions impacts on the population as a whole.

Now, in the first study of its kind, published today in the journal PLOS One, Bristol PhD student Zoe Muller has found that if lions are kept in the same conservation area as giraffes, the number of calves is likely to be reduced, maybe by as much as 82 per cent.

Zoe, based at the University’s School of Biological Sciences, said: “It is thought that lions preferentially target giraffe calves in the wild, and there is anecdotal evidence of this, including observations of lions eating young giraffe carcasses and of lion claw marks on adult females (thought to be a result of them defending their calves).

Young People’s Trust for the Environment