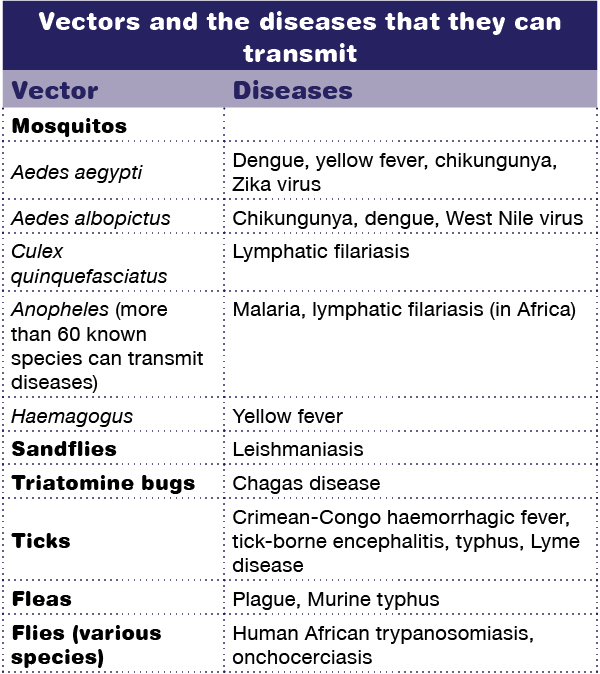 Vectors are living organisms that can transmit infectious diseases between humans or from animals to humans. Many of these vectors are bloodsucking insects that ingest disease-producing micro-organisms during a blood meal from an infected host (human or animal) and later inject them into a new host during their next blood meal. Mosquitoes are the best known disease vector. Others include certain species of ticks, flies, sandflies, fleas, bugs and freshwater snails.

More than half the world at risk