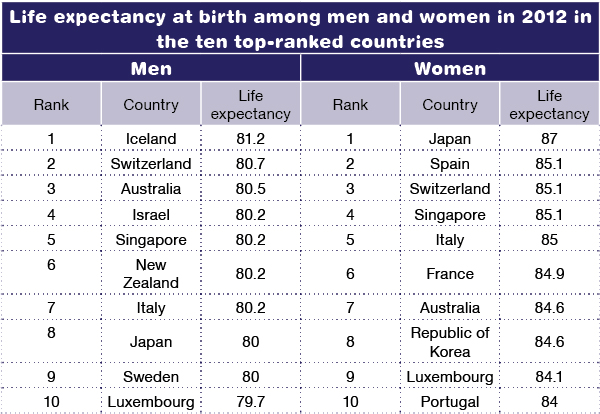 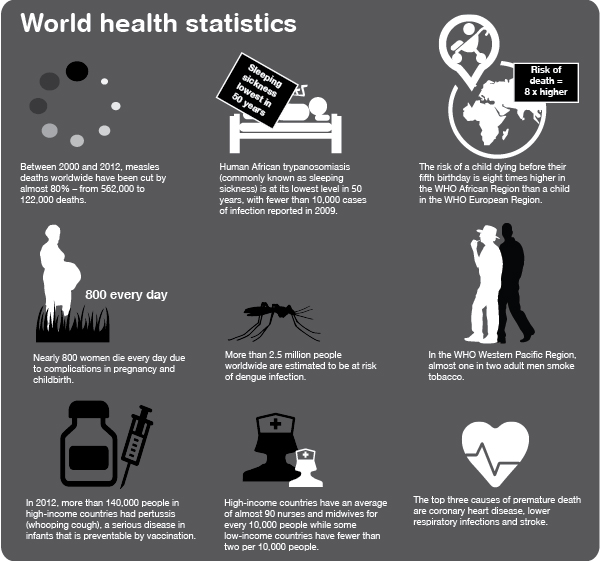 People everywhere are living longer, according to the World Health Statistics 2014 published today by WHO. Based on global averages, a girl who was born in 2012 can expect to live to around 73 years, and a boy to the age of 68. This is six years longer than the average global life expectancy for a child born in 1990.