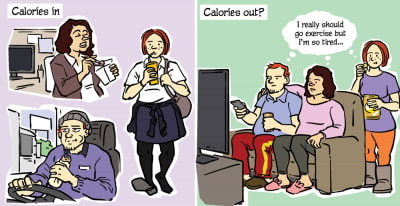 What are obesity and overweight?

Overweight and obesity are defined as abnormal or excessive fat accumulation that may impair health.

Body mass index (BMI) is a simple index of weight-for-height that is commonly used to classify overweight and obesity in adults. It is defined as a person’s weight in kilograms divided by the square of his height in meters (kg/m2).

For adults, WHO defines overweight and obesity as follows: