A bit of change: Indians using bitcoin to trade, shop, even pay for pizza 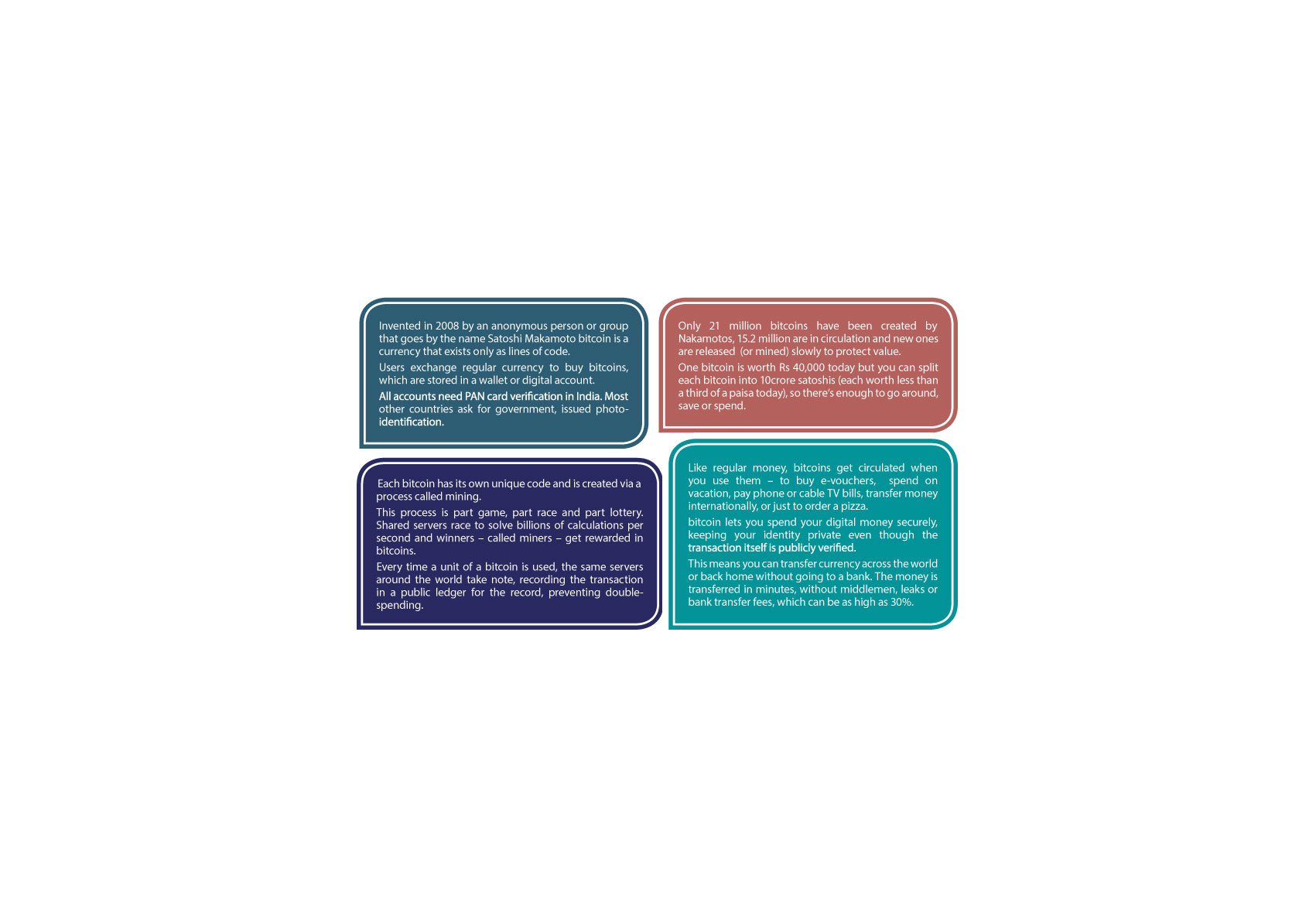 There are now one million bitcoin enthusiasts in the country, ranging from a Delhi housewife to a Mumbai undertaker and a trader from Gujarat.

Vishal Gupta’s ears ring with the sound of coins he can’t touch. The 34-year-entrepreneur was gifted a single bitcoin, then worth a mere Rs 3,100, back in 2011 and it got him hooked on to the idea of virtual money. Today, one bitcoin is worth close to Rs 40,000 and Gupta is waiting for India to realise that the currency is valuable not just in itself, but also for what it’s starting to represent.

It’s been around only since 2009. It circulates only as strings of code through a network of servers across the world. But Gupta believes bitcoin is the ideal monetary system for our connected, wired, post-recession world. “Cash is unwieldy and unsafe. Cheques and credit cards need banks,” he points out. “But banks are incentivised to take risks, so they keep making a mess and get bailed out at