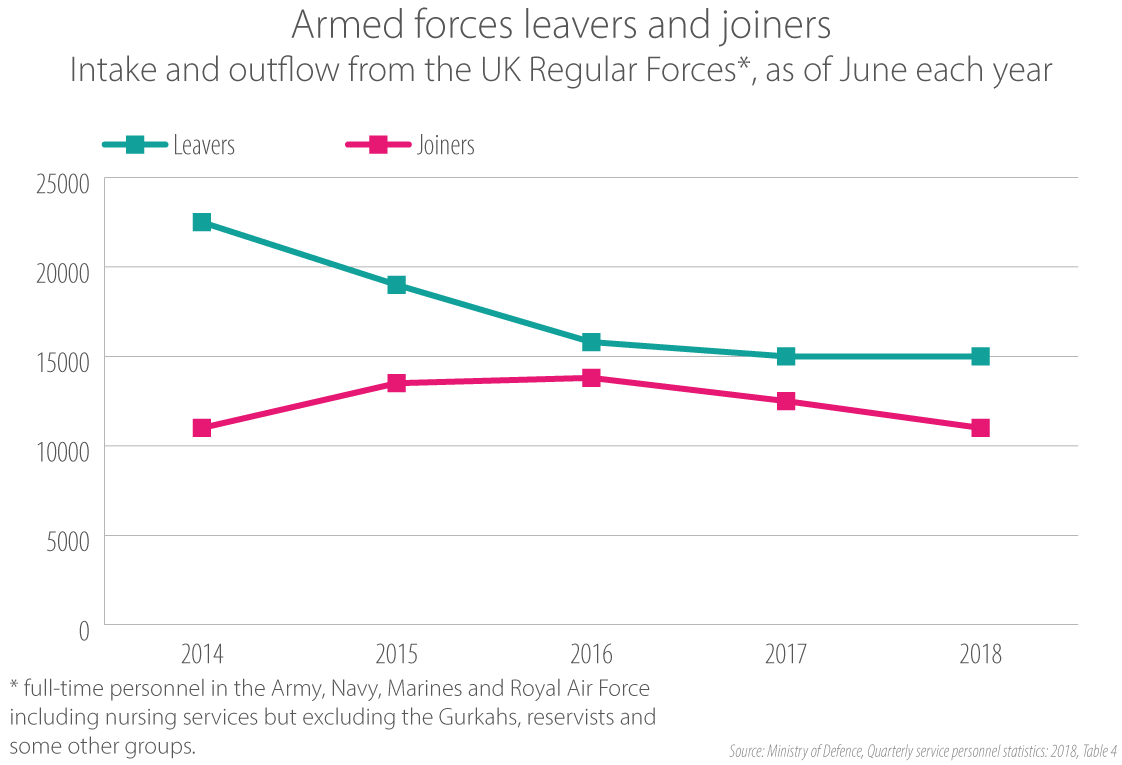 The government recently announced that it would be relaxing the rules for Commonwealth citizens wishing to join the UK’s armed forces with the aim of increasing the number of Commonwealth recruits to around 1,350 a year.

With that in mind we took a look at what’s been happening to armed forces recruitment.

The size of the armed forces is about 9,000  below target

There were just over 192,000 military personnel employed by the UK armed forces as of the start of July 2018. That figure includes the Army, Royal Navy, Marines and Royal Air Force (RAF) as well as the Gurkhas, a division of the Army with Nepalese recruits, and a number of reserve and guard services.

Of these the full-time trained size of the armed forces was around 136,000. That’s around 9,000 below the government’s target.

The Army has the widest gap between its actual numbers and its target size (around 7%), the RAF is about 6% away from its target, while th