Britain in the Red 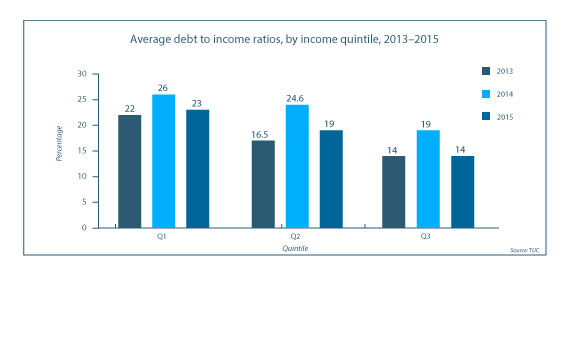 Why we need action to help over-indebted households.

An extract from the Trades Union Congress report

It is now over eight years since the onset of the global financial crisis and the Great Recession. Private indebtedness is widely understood as a major underlying cause of the crisis, as high-risk loans and sub-prime mortgages fatally undermined the stability of major financial institutions. While there has been a good deal of emphasis since 2008 on the household elements of private debt, this has tended to be dominated by mortgage debt. The ‘Britain in the Red’ project was set up to look in more detail at what has happened to households’ use of consumer credit.

Households borrow either to spread their spending over a longer period, or when their everyday costs cannot be covered by their income. With households experiencing an unprecedented decline in real earnings, the obvious concern is that more household