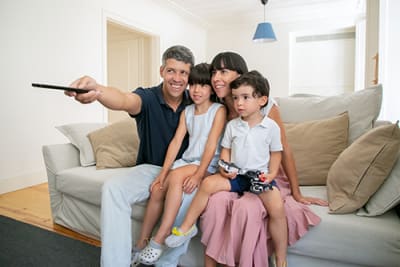 CBeebies have announced George Webster as a new guest presenter on CBeebies House – and viewers are thrilled.

The BBC children’s channel revealed that Webster would be joining the show as a presenter in a Twitter post shared today (20 September).

“EXCITING NEWS. Our NEW CBeebies House presenter, George will be starting soon,” reads the post. “He loves cooking and dancing, and he can’t wait to be your friend.”

The 20-year-old, who has Down’s Syndrome, is an actor, dancer and ambassador for Mencap, a UK-based charity that works to improve the lives of people with learning difficulties.

Speaking about the announcement, Webster said: “I feel so proud and I’m feeling so excited to start!”

People took to Twitter with heartwarming responses to news of Webster’s appointment.

“My boy has autism and he turned to me and said ‘I like George Daddy.’ That’s all you need to know. Thank you ...