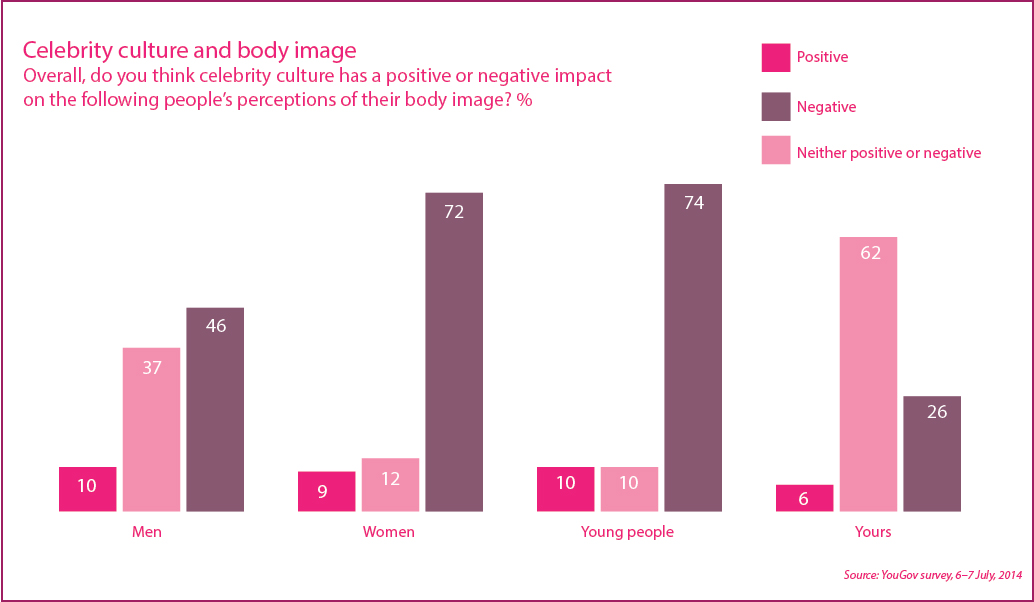 74% believe celebrity culture is having a negative impact on young people, though obesity and binge drinking are more commonly seen as threats.

‘Thinspiration’, a term used to describe things that inspire people to lose weight, has come under public scrutiny after husband of Made in Chelsea and Celebrity Masterchef star Millie Mackintosh used the word to describe a photo of her looking skinny on Twitter. The term is accused of encouraging bad eating habits and unhealthy body images, especially to young people and women, with some going as far as calling it pro-anorexic.

A new YouGov survey finds that the majority of British people (58%) think the term is inappropriate, including 52% of 18- 24-year-olds. Women are more likely than men to disapprove of the term, with 68% of women saying it is inappropriate compared to 50% of men.