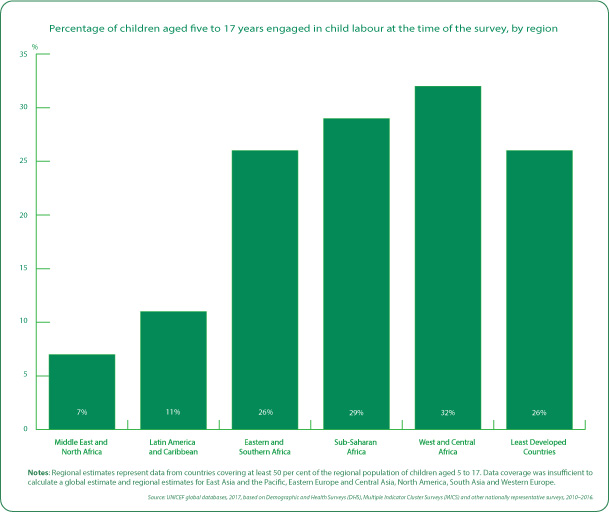 In the world’s poorest countries, around one in four children are engaged in child labour.

Children around the world are routinely engaged in paid and unpaid forms of work that are not harmful to them. However, they are classified as child labourers when they are either too young to work or are involved in hazardous activities that may compromise their physical, mental, social or educational development. The prevalence of child labour is highest in sub-Saharan Africa. In the least-developed countries, around one in four children (ages five to 17) are engaged in labour that is considered detrimental to their health and development.

The issue of child labour is guided by three main international conventions: the International Labour Organization (ILO) Convention No. 138 concerning minimum age for admission to employment and Recommendation No. 146 (1973); ILO Convention No. 182 concerning the prohibition and immediate action for the elimination of the worst forms