World Association of Zoos and Aquariums 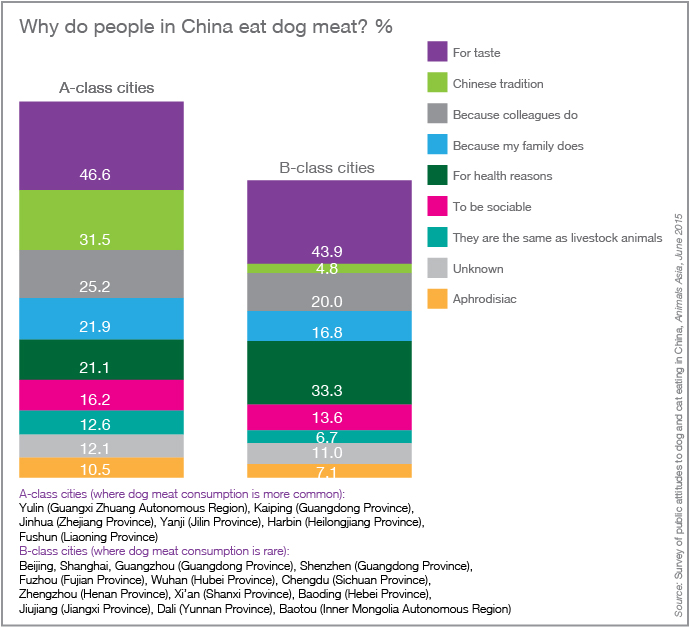 How many dogs are killed? Where do they come from? Is it true dogs are tortured first? Animals Asia’s Cat and Dog Welfare team in China provides the answers.

2. How many dogs are eaten each year in China?

The widely reported – though difficult to verify - figure is ten million.

3. The festival is just about eating dogs?

The festival takes place to mark the summer solstice. This year that is 21 June. The festival’s full name is the Yulin lychee and dog meat festival. There’s also a lot of beer consumed. Sadly it has also been reported that cats are eaten too, though not in such vast numbers.

World Association of Zoos and Aquariums