Cyber-bullying is children’s greatest online fear, according to NSPCC 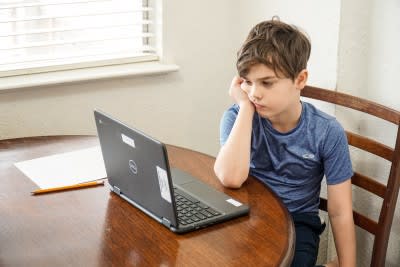 More than a quarter of children across the UK said bullying or someone being unkind to them was what worried them most online.

Being cyber-bullied is children’s greatest fear when they go online, according to a survey conducted on behalf of the NSPCC and O2.

More than a quarter of children (27 per cent) across the UK said bullying or someone being unkind to them was what worried them the most when using the internet.

The survey by Chrysalis Research of more than 4,000 children aged eight to 13 found being contacted by someone they don’t know was the second biggest online concern (16 per cent of respondents).

The poll was carried out ahead of Tuesday’s Safer Internet Day.

One teenage girl confided to a Childline counsellor about her experience of cybe-rbullying.

“I met them online on this game and we were friends at first but then it all turned nasty,” she said.

“He says some really bad stuff to me and makes me feel so rubbish about myself. I feel so hu...