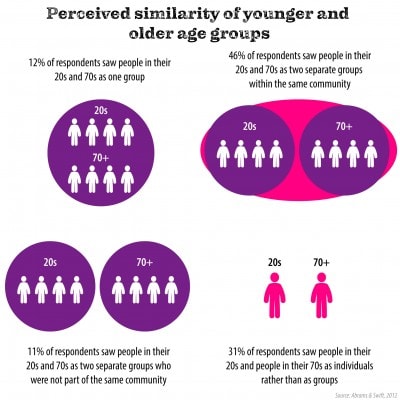 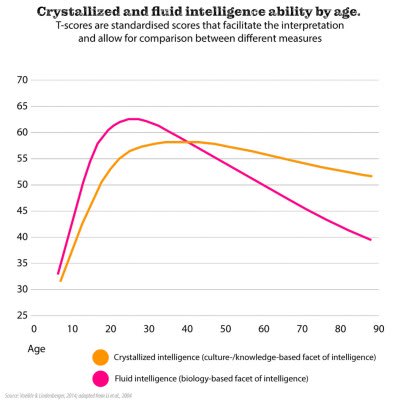 Stereotypes of age and ageing

Personal characteristics such as age can be used as a proxy for similarity, leading to assumptions that those who are of a similar age are like each other in other respects too.

Research shows that people have a tendency to see those who are of a similar age to themselves as more alike and are likely to feel more comfortable interacting with members of same age groups (Naegele, De Tavernier & Hess, 2018; Abrams et al, 2011). However, sometimes we develop negative attitudes towards those we see as different to ourselves, a process that is often called ‘othering’. As figure 1 shows, most people see those of different ages as distinct groups.