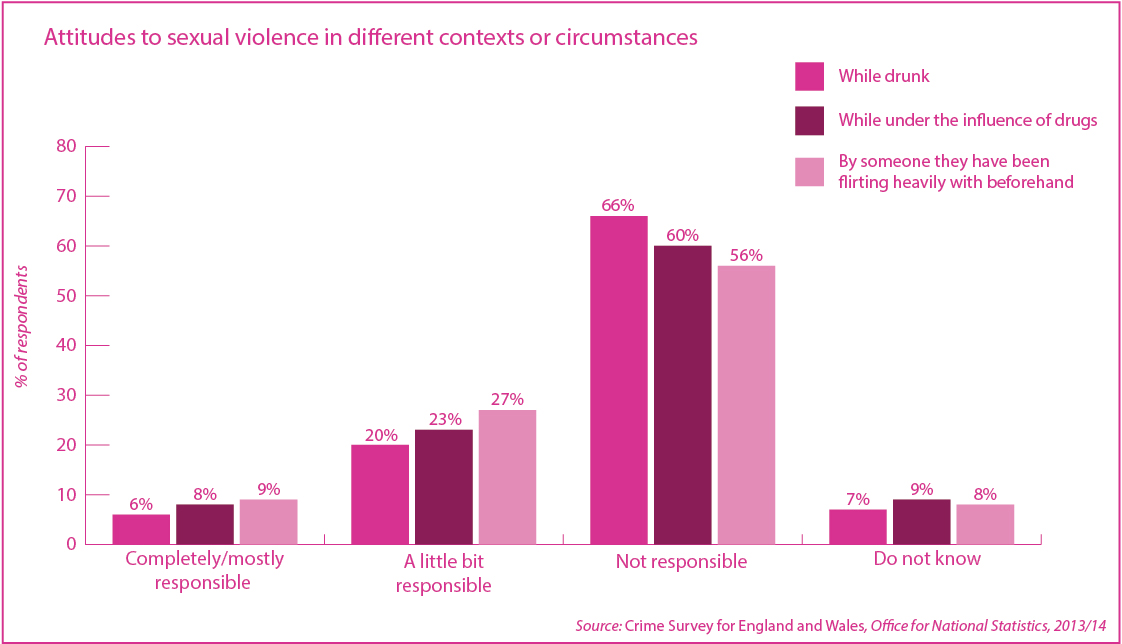 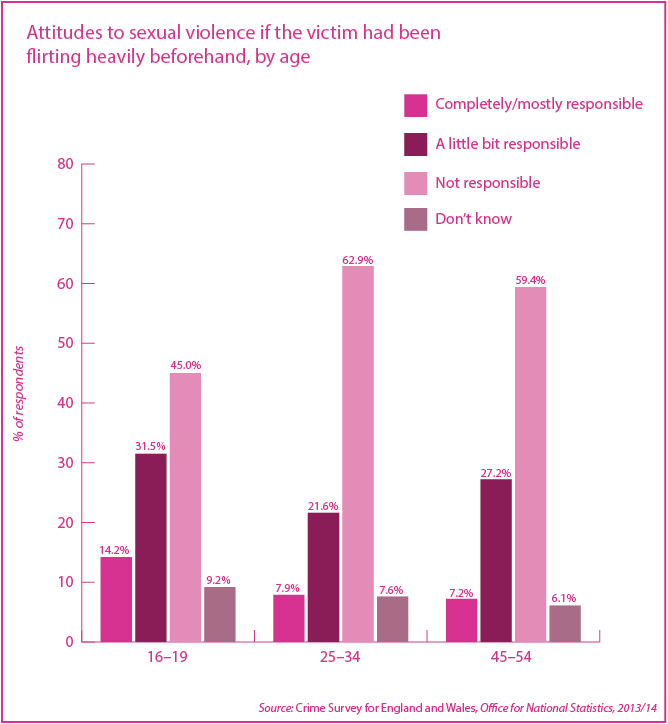 Official government figures show teenagers and older people are more likely to say sex attack victims who had been drinking, flirting or taking drugs were at least partly responsible.

More than a quarter of the public believe drunk victims of rape or sexual assault are at least partly responsible for what has happened to them, official figures show.

The Office for National Statistics (ONS) published research which also showed more than a third of interviewees insisted sex attack victims bore partial responsibility if they had been “flirting heavily” beforehand.

Teenagers and the 55 to 59 age group were less likely to be sympathetic to sex attack victims who had been drinking or flirting than people in their 20s, 30s and 40s, the poll showed.

To read the rest of this article from The Telegraph