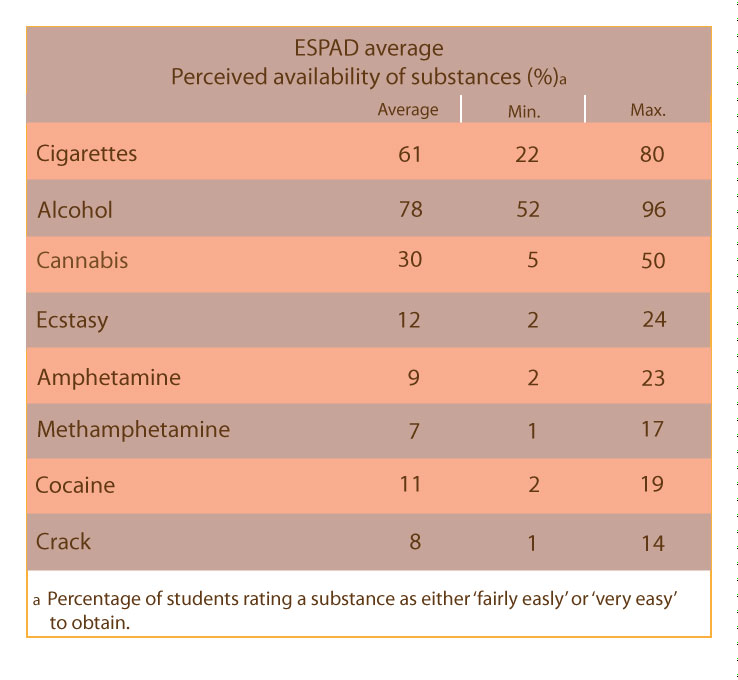 An extract from the European School Survey Project on Alcohol and Other Drugs.

The main purpose of the European School Survey Project on Alcohol and Other Drugs (ESPAD) is to collect comparable data on substance use among 15- to 16-year-old students in order to monitor trends within as well as between countries.

Lifetime use of illicit drugs varied considerably across the ESPAD countries. In the Czech Republic, 37% of the students reported having used any illicit drug at least once, which was more than twice the ESPAD average of 18%. Students in Bulgaria, France, Liechtenstein and Monaco also exhibit high levels of drug use experience (30–32%). Particularly low levels (10% or less) of illicit drug use were noted in Albania, Cyprus, the Faroes, Finland, the former Yugoslav Republic of Macedonia, Iceland, Moldova, Montenegro, Norway, Sweden and Ukraine. On average, 21% of boys and 15% of girls have tried illicit drugs at least once during th