How to call out racism without destroying your relationships 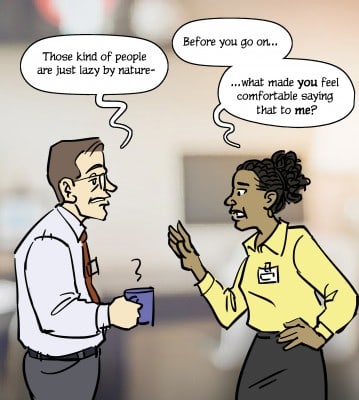 Though it seems painfully obvious to some, the definition of racism isn’t so clear cut to others.

Though it seems painfully obvious to some, the definition of racism isn’t so clear cut to others.

The idea that racism is always overt, like calling someone the N-word or being physically or verbally abusive, is prevalent.

But many people of colour will argue it’s more insidious and subtle than that.

Racism can manifest institutionally, through microaggressions, jokes, comments impinging on stereotypes, and even unwelcoming stares.

Though these experiences are not physically violent, they can leave lasting impressions on people of colour and make them feel like an outsider, that their sensibilities don’t matter and that they are not important.

For those on the receiving end of these prejudices, it’s difficult to call out especially where personal relationships are involved.

And where racism is called out in professional settings, it can have a detrimental effect on people...