One in four? How many people suffer from a mental health problem? 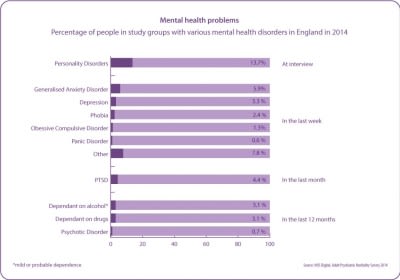 How common is mental illness?

‘One in four’ is widely cited in the UK as the number of people who suffe...