Operation of police powers under the Terrorism Act 2000: quarterly update to December 2018 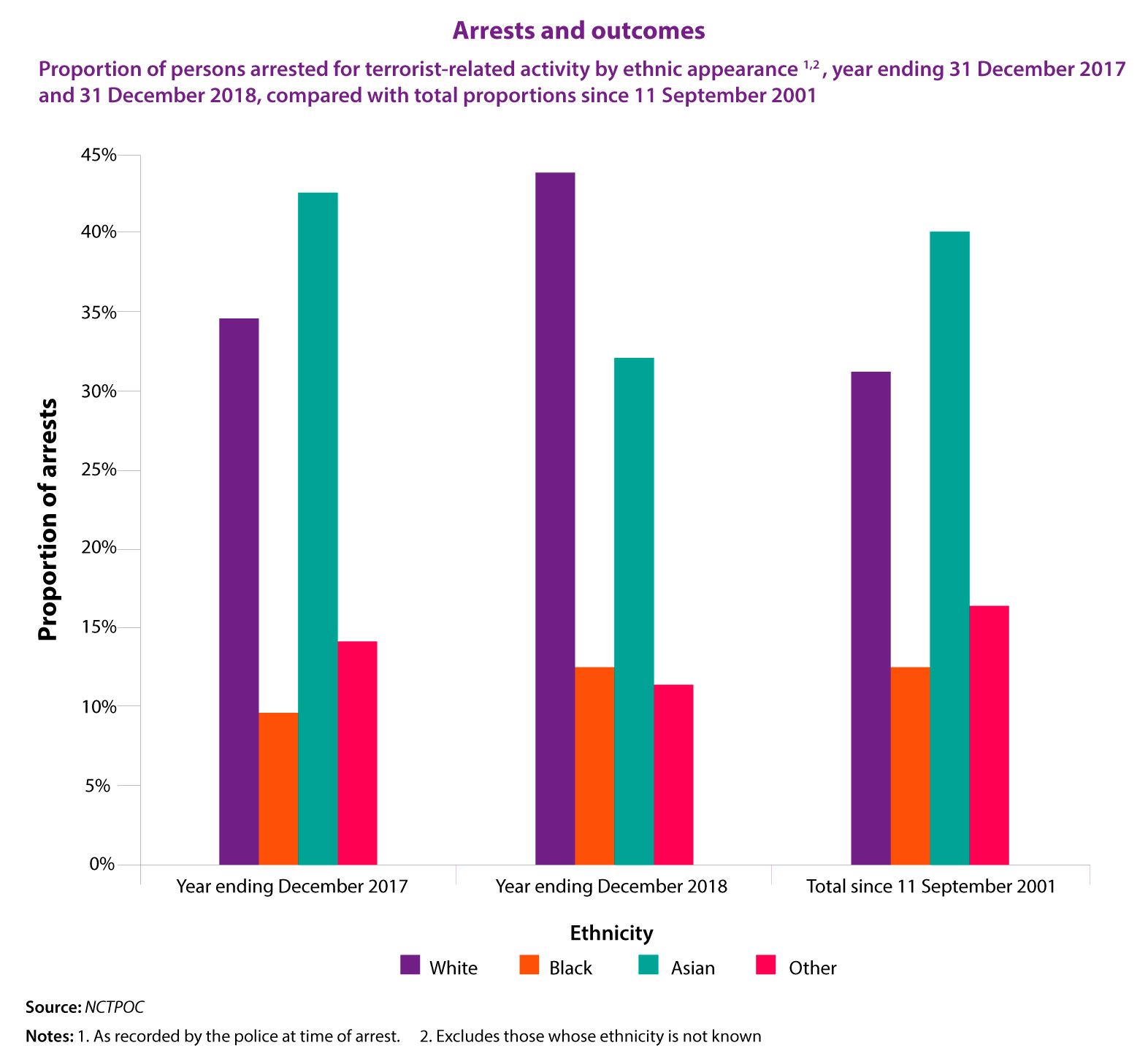 An extract from the Home Office statistical bulletin.

Of the 273 arrests for terrorism-related activity:

Of the 81 persons charged with a terrorism-related offence, 38 had been prosecuted, all of whom had been convicted. A to