Over 8m over-50s doubt they have enough for retirement 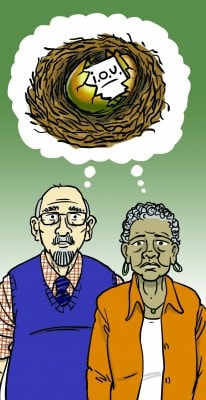 Research from over 50s finance provider SunLife suggests that more than seven million over-50s have no private pension and more than eight million don’t think they have enough money to fund their retirement.

In its Finances After 50 study, SunLife found that 28% of over-50s do not have a private or company pension.

The number of people over 50 in the UK is now more than 25 million, according to the ONS, which indicates that around seven million over-50s across the UK have no private pension savings.

SunLife’s research shows that women over 50 are less likely to have a private pension than men of the same age – more than a third of women surveyed said they didn’t have a private pension (35%) – which across the UK is around 4.6 million. Of the men surveyed, one in five said they didn’t (20%), which is equivalent to around 2.4 million men across the UK.

The study also found that a third of over-50s – which equates to 8.3 million – say they don’t think they have enough mon...