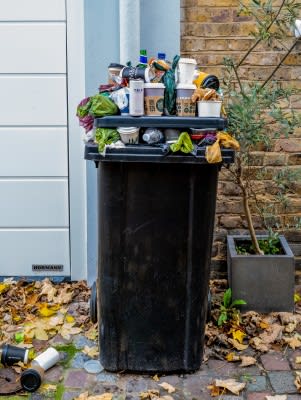 Recycling rates for household waste are significantly lower in the most deprived areas of England, a Guardian analysis has found.

A breakdown of data from 303 local authorities in England has found that for 2018-19 85% of local authorities that are among the top 20% most deprived have household recycling rates below the overall average of 42%.

By contrast, just one in five of the 20% least deprived areas have a below-average recycling rate.

Deprivation is calculated using the English indices of deprivation, which ranks local authorities from the most deprived to the least deprived. The Department for Environment, Food, and Rural Affairs (Defra) publishes data on household recycling rates, which includes waste sent for reuse, recycling or composting. County councils were not included in the analysis to avoid overlap.