Terrorism in the EU: terror attacks, deaths and arrests 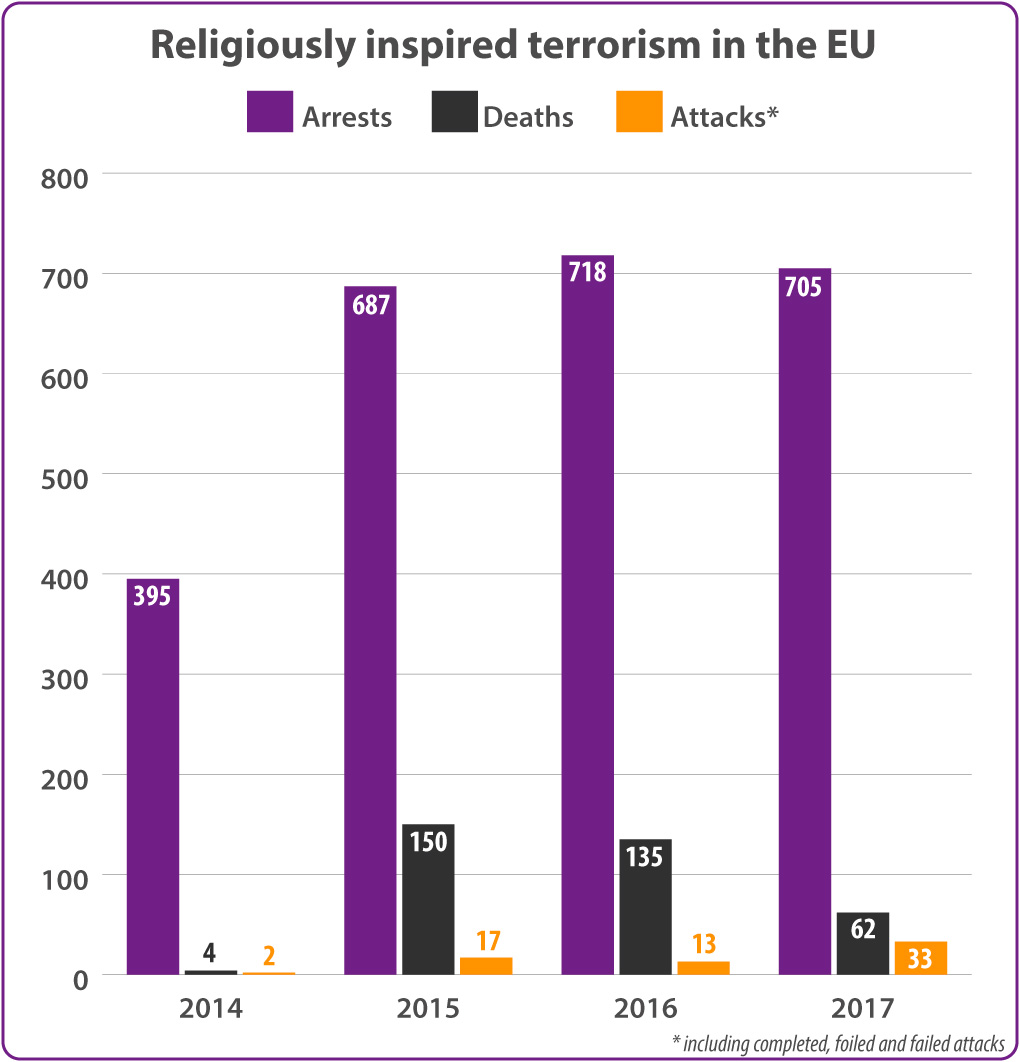 In recent years there has been an increase in terrorist threats and attacks, beginning in 2015 with the killings at the Charlie Hebdo magazine office in Paris.

In 2017, 62 people were killed in 33 religiously-inspired terrorist attacks in the EU, compared to 135 deaths in 13 attacks in 2016, according to Europol figures. In both years ten attacks were considered as “completed” by national governments, because they achieved their target. In 2017 many more attacks were foiled or failed compared to 2016: 23 in 2017 compared to three the year before.