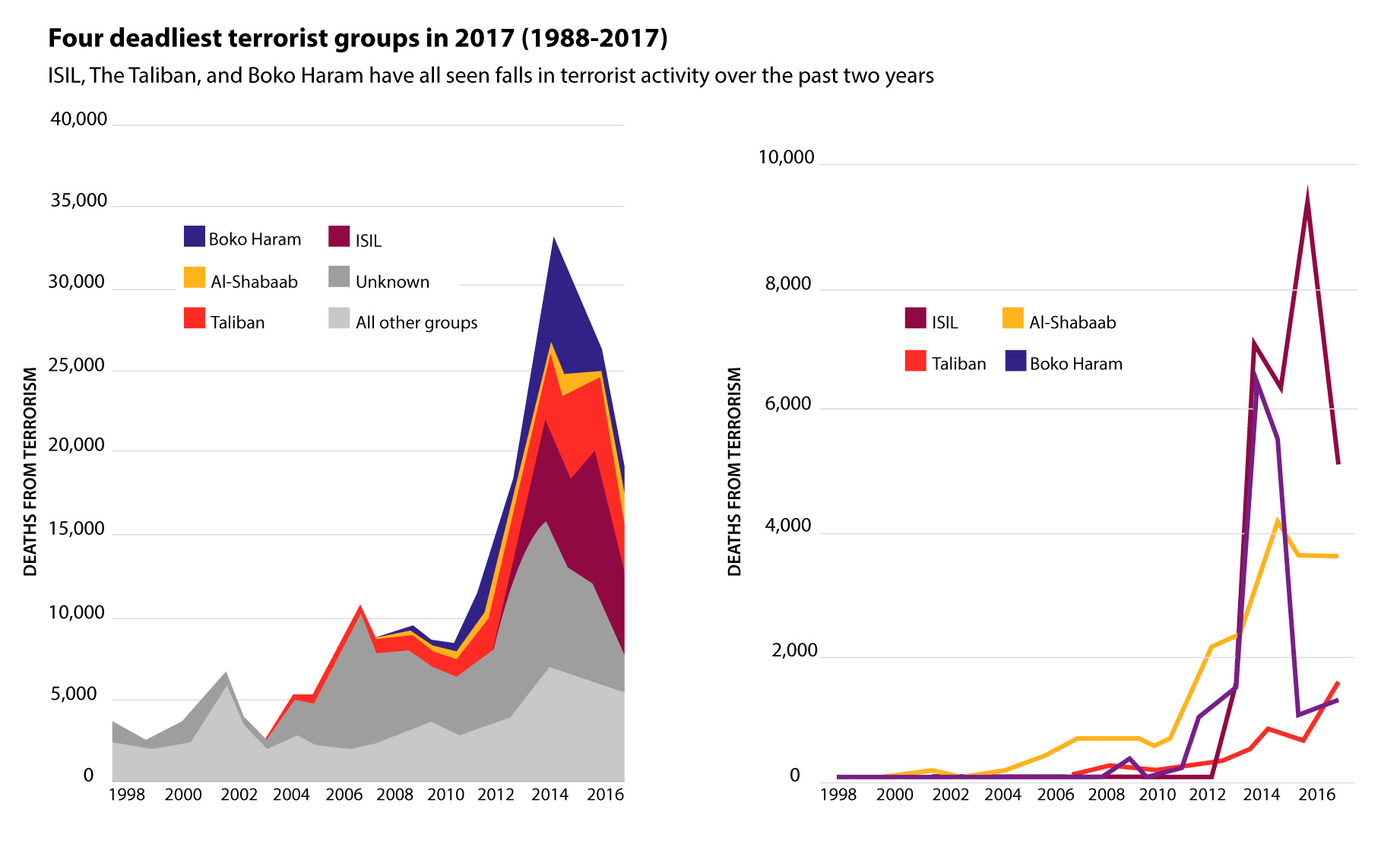 An extract from the Global Terrorism Index 2018.

Determining which terrorist groups are the most active and responsible for the most deaths can be difficult, as many groups have regional affiliates and other groups working in partnership or partially under the same command. For the purposes of this section, IEP does not include affiliates in its definition of a terrorist group. For example ISIL refers only to the Islamic State of Iraq and the Levant, and does not include the Khorasan chapter or Sinai Province of the Islamic State, despite the strong connections between the two groups. Similarly, Al-Shabaab is counted as a single group, rather than an affiliate of Al-Qa’ida.