The British armed forces: why raising the recruitment age would benefit everyone 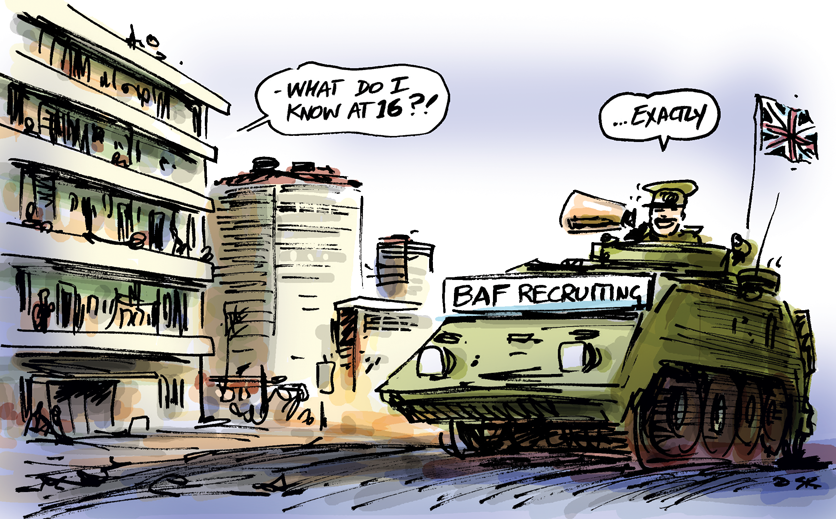 The British armed forces recruit around 2,300 16- and 17-year-olds each year, of whom four-fifths join the army. This briefing sets out the case for a minimum enlistment age of 18 on grounds of the health, welfare, and rights of minors, and outlines the economic and military benefits of transition to all-adult armed forces.

The UK: an international outlier

Three-quarters of armed forces worldwide now only recruit adults from age 18. Only sixteen states, the UK among them, still formally allow enlistment of 16-year-olds. The UK is the only major military power, the only country in Europe, the only NATO member, and the only Permanent Member of the UN Security Council to do this, recruiting more soldiers at 16 than at any other age.

The UK’s policy has been challenged by the UN Committee on the Rights of the Child, Parliament’s Defence and Human Rights committees, the Children’s Commissioners f