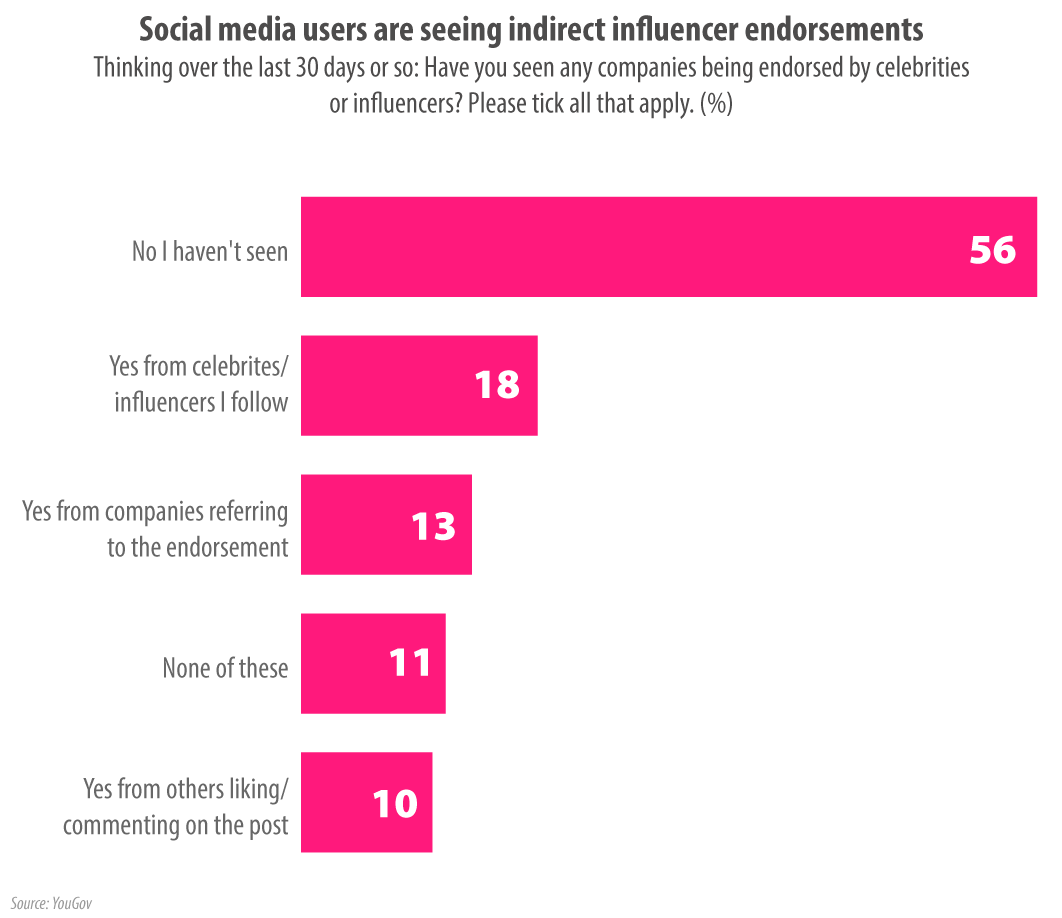 Most social media users don’t trust influencer endorsements – but most engage with them regardless.

By Russell Feldman, Director of Digital, Media and Technology

Brits on social media have major trust issues: two-thirds (66%) believe that people’s lives as shown online ‘aren’t as perfect as they seem’.

So how much does this honesty actually matter?

Brits aren’t under the influence

A plurality (44%) of Brits say that influencers generally portray their lives dishonestly – and more tellingly, over half (54%) of those who’ve seen dishonest content from th