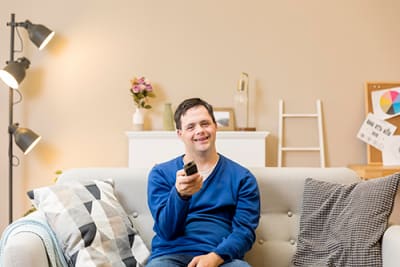 Speaking at the Edinburgh Television Festival about the scandalous lack of representation and disgraceful conditions my colleagues endure means underlining systemic failures.

I had mixed feelings on being offered the MacTaggart lecture this year. The first was surprise: had anyone ever heard me speak? I once did a Bafta speech that Piers Morgan described on Twitter as the worst in the history of the awards. The second was disbelief that I had been afforded such an honour. The third was a sense of extreme responsibility. I knew it was an opportunity to talk about disability – or the lack of disability – on TV, how television gets key discussions wrong, and how I might dare represent that cause.

The issue of representation has reared its head in the past 10 years in particular. I am not going to use the word diversity because I don’t love the word. Diversity feels celebratory: “Look how diverse we are, aren’t we wonderful.” Representation implies a responsibility. If TV...