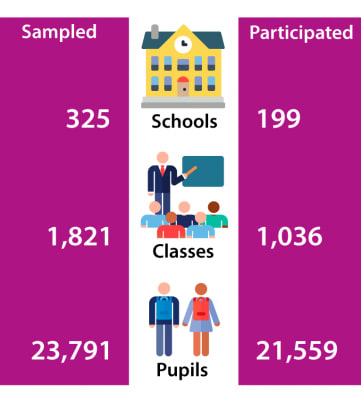 Findings on drug use from the 2018 wave of the Scottish Schools Adolescent Lifestyle and Substance Use Survey (SALSUS).

This report presents the drug use findings from the 2018 wave of the Scottish Schools Adolescent Lifestyle and Substance Use Survey (SALSUS). The research was commissioned by the Scottish Government and carried out by Ipsos MORI Scotland.

SALSUS is a continuation of a long established series of national surveys on smoking, drinking and drug use. These were carried out jointly in Scotland and England between

lifestyle, health and social factors. Since 2002, Scotland has developed its own, more tailored survey, known as SALSUS.

SALSUS is a self-completion survey administered by teachers in a mixed ability class, under exam conditions. In 201...